Fractions are a notoriously tricky part of elementary math education for many children. Too often teachers struggle to ensure students are grasping the conceptual underpinnings of this complicated topic, resorting to “tricks” that will help them learn the procedures of adding or multiplying instead. This is particularly troubling because studies have shown that students’ knowledge of sixth grade fractions is a good predictor of their math achievement in high school. This is largely because a deep understanding of fractions plays out in algebra.

“If a student has a solid understanding of fractions and precisely what they represent, they’re likely to perform much better with algebra,” said Valorie Salimpoor, a researcher at the Rotman Research Institute in Toronto, during an edWeb presentation on the neuroscience of fractions. She thinks educators have an opportunity to leverage what researchers know about brain science to ensure students learn fractions well, but also admits that learning math is cognitively taxing.

Learning a new math concept takes a toll on the brain not only because of the new math concepts, but also because students must recruit many parts of the brain to solve any problem. For example, students need visuospatial and auditory working memory when solving a fractions problem, and they must focus attention, inhibit distractions, order tasks, recall information from long term memory and integrate new concepts into an old schema. There’s a lot of mental processing going on when learning math, so understanding how careful brain-based instruction can prime the brain for new learning becomes extra important.

When a person learns something new she forms a connection between two previously unconnected neurons. If that connection is weak, the new learning can easily be lost through forgetting. But the stronger the pathway and the more ways a person has learned the information, the more likely it will become encoded into long term memory.

To improve a student’s information processing around fractions neuroscience tells us teachers should both present information and give students ways to interact with it, in a variety of ways. For example, explaining how to add fractions only uses an auditory pathway. Showing fractions on a line graph or as a pie chart are two other ways of presenting the same information. Asking students to visualize parts of the whole and show fractions using manipulatives are two more ways.

“Every time you are visualizing this in a different way, you are recruiting different neurons and neural connections,” Salimpoor said. And she says active learning through problem solving or manipulation is a whole different ballpark neurally than passively listening, partly because even if a student looks like she is listening she still may not be paying attention.

“In one case you are passively absorbing information and in the other case you have to initiate the motor sequences and carrying them through,” Salimpoor said. When students are actively learning they are using the frontal lobe to determine what needs to happen next and to organize the information, as well as the motor regions of the brain to carry it out.

“The more areas we recruit, the more elaborate this network becomes,” Salimpoor said. That’s important because later when the student tries to recall the new information and pings one node in the network, the entire system is primed to help retrieve the information. It’s also important for students to continue recalling that information in order to strengthen the network, even if a concept was introduced in many ways initially. Ultimately for something to be learned well it needs to be integrated into the student’s general schema, which happens through practice.

Practicing a new concept is one way good way to strengthen a neural network, but if students only practice using one problem solving strategy, that practice is leading to memorizing, not deep conceptual knowledge. To strengthen the whole network and by doing so deepening understanding, they must practice using various ways of visualizing and solving the same problem.

“It’s most important to create problems where students have to initiate and come up with their own solutions,” Salimpoor said. “This makes a big difference. You can never have too much of that.”

Neurochemicals like dopamine can also create shortcuts to encoding information. The brain releases dopamine in response to novelty or when a person is anticipating something and doesn’t know what’s going to happen. When a student is emotionally invested in the learning or finds it intrinsically motivating, dopamine is also present. And dopamine helps strengthen neural networks.

Salimpoor uses the dopamine trick whenever she wants her toddler son to learn something new. She knows he loves trains, so if she can fold whatever new information she wants him to learn within a train narrative she knows he will be paying attention, intrinsically motivated and releasing dopamine that will help hardwire the new concepts. Rewards can also be a way to get at dopamine, but Salimpoor warns external rewards are never going to be as powerful as getting students to personally care about the learning.

GETTING AT CONCEPTUAL UNDERSTANDING

One of the trickiest things about helping students develop a deep conceptual understanding of a topic like fractions is that each student is coming into the learning experience not only with different levels of math knowledge, but also with different levels of working memory, executive functioning skills, ability to pay attention, and all the other non-content skills related to learning.

One way a teacher can use brain science to help students get at the deeper concepts is to relieve the pressure on students working memories as they are learning the new information. Salimpoor says working memory is a big challenge for many children. “If you can’t hold all of this new information in your mind, you can’t really process it,” she said. And if the information isn’t getting processed, it isn’t getting integrated into the large schema a child holds in his head of how things work.

“While some students might be very skilled at working memory, the ones who aren’t as good really suffer because they can’t take in all that information and process it, so they just tune out,” Salimpoor said. Teachers can be aware of this and try to break concepts down into the cognitive elements, always being mindful of how many pieces of new information the children need to hold in their minds at the same time to solve a problem.

When possible teachers can give students supports, like visuals representing the fractions, to work with as they are introduced to a concept. When the student has the visual, he doesn’t have to hold the symbolic representation of the fraction in his working memory as he figure out how to add the two together. After the concept has been introduced, teachers can slowly remove those scaffolds. Writing information down is another way student can offload some of what would be stored in working memory.

Working memory is one challenge, but it is very hard for teachers to identify all the specific ways students differ from one another cognitively. This is where technology can help.

Salimpoor has helped design a video game focused on adding, subtracting, multiplying and dividing fractions -- the skills any student should have mastered by the end of sixth grade -- that puts all her neuroscience expertise for learning into the game mechanics. Called Fog Stone Island and produced by Cignition, the game is free and available online to teachers and students. Salimpoor said the game tracks the intangible information like working memory ability and executive functioning that a teacher would have a hard time identifying.

Salimpoor and her Cignition colleagues know full well that there are a lot of commercial games promising cognitive training that don’t deliver. There are also a lot of math games that are essentially procedural math disguised in a game form. The Fog Stone Island designers wanted to move away from both these models to develop a game that uses intrinsic and external rewards, offers multiple pathways to understand fractions, gives working memory support at the beginning of a task and slowly takes it away, and is situated within a context in which fractions would actually be used.

“We’ve tried to think of real life scenarios when you’d use math,” Salimpoor said. So, for example, in one corner of the immersive Fog Stone Island world, players use raw materials to build structures, a bit like Minecraft. The bricks have different lengths and the player must add like and unlike denominators to build a wall. Early in the concept the game provides a digital sketchbook -- essentially virtual working memory -- for students to use.

“Students can understand what they need to do in the situation without taxing their other cognitive abilities,” Salimpoor said. As they progress through the game they will gradually take over those working memory functions within the greater problem. Salimpoor finds it a little odd that she has ended up working on a video game, but she wants good brain-based practices to be embedded in teaching and found that video games were a far easier way to affect the many mental processes recruited when solving math problems.

Because Fog Stone Island is an immersive game, players can wander between the house building area, a farm plot and other zones that work on different elements of fractions. “The reason we wanted to keep it all in one game is it helps with investment,” Salimpoor said. Success in one area can lead to success in another area, and the different ways of working with fractions are integrated so students can develop a deep understanding of how the concepts are connected.

Salimpoor said the great thing about the game is that it adapts to the player’s level not just of math knowledge, but also working memory and executive functioning needs too. But Salimpoor is proud of how hard she and the designers worked to build those support skills into the game in a natural way that makes sense for the game. For example, rather than playing a silly side game that requires a player to repeat a sequence forward and then backwards -- a common working memory exercise -- Fog Stone Island may require a player to remember five items in the service of building part of his world. Now there’s an intrinsic motivation to build up working memory.

“In the video game we can do that so in depth,” Salimpoor said. “And really understand where each child is in each of these areas.” She says the latest iteration of the game is getting good reviews from students, who want to play even when it isn’t required for class. And very preliminary research results indicate that students are deepening their fractions knowledge outside of the game too, although those effects are still being studied. 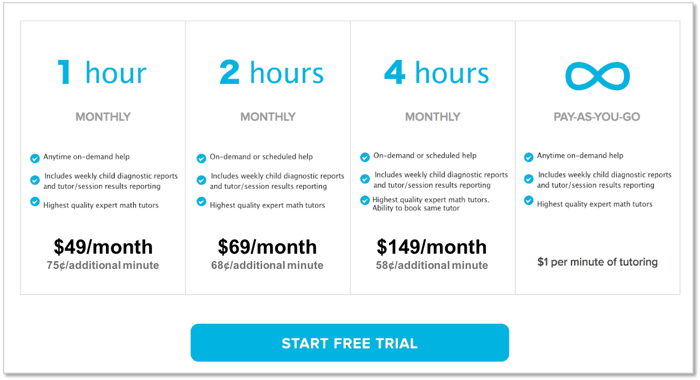